Rose McGowan | Change from childhood to 2018

Rose McGowan in an American actress known for her role on the TV series 'Charmed' and activism on behalf of women subjected to sexual harassment.
With her sharp tongue and brash sensuality, Rose McGowan has been a source of both titillation and discomfort to an industry that still hasn't quite figured out what to do with women who are both unapologetically smart and sexual. The child of hippies, McGowan was born in Florence, Italy to a French mother and Irish father.
As the second oldest of six children, McGowan was raised on an Italian commune run by the Children of God cult. Her family relocated to Oregon when McGowan was ten, at which point, not only could she not speak English, but she had yet to see a movie; in fact, she didn't even know about them. Her education consisted of little artsy schools and home schooling from her mother.
When she left the commune at fifteen, McGowan supported herself with a variety of odd jobs and even lived on the streets for awhile before traveling to Los Angeles to attend an arts school. It was there that she was "discovered" by director Gregg Araki, whom, as fate would have it, encountered her outside of a gym. Araki was busy casting his Sundance entry, The Doom Generation, and gave her the role of Amy Blue, the film's beautiful, spoiled and morally ambiguous protagonist. Prior to her role, McGowan had only appeared as a minor character in 1992's Encino Man, making her casting in Araki's film all the more fortuitous.
The Doom Generation was released in 1995 to mixed reviews and a fair amount of controversy, but helped to establish McGowan as, if not Hollywood's Next Big Thing, then Internet fodder for slavering males everywhere. The film also gave McGowan a greater chance at steady work, and she followed The Doom Generation with the low-budget thriller Kiss and Tell (1996).
Subsequently, she landed a role in another thriller possessing a decidedly bigger budget, Wes Craven's Scream (1996). The film was a surprise hit, and McGowan's turn as a frisky co-ed who has an unfortunate encounter with a garage door further widened her fan base. After starring in the 1997 TV movie Devil in the Flesh, McGowan appeared in two back-to-back movies with fellow rising star Ben Affleck. First came her turn as the girl who tries to seduce a very excited Jeremy Davies in 1997's Going All the Way, followed by her role in the ski slope thriller Phantoms (1998).
The year 1999 saw McGowan take the lead in the independent film Jawbreaker, in which she starred with Rebecca Gayheart. As Alpha Bitch Courtney Shane, McGowan excelled in a role that was equal parts vamp, tramp, and camp. The film met with mixed reviews and lackluster box office but helped to cement McGowan's position as one of the most watchable guilty pleasures of the late 1990s.
She greeted the millennium with two films, Ready To Rumble and Monkeybone But it was on TV that she gained her greatest fame when in 2001, she was cast as Paige Matthews, the long-lost, baby half-sister of Prue, Piper and Phoebe on the hit series Charmed. She was cast after Shannen Doherty, who played eldest sister Prue Halliwell, was fired when she refused to sign a two-year contract extension.
Currently McGowan lives in Los Angeles, California with her two dogs. She was engaged to Marilyn Manson in 1998 and ten years later, to her Grindhouse director, Robert Rodriguez.

Ajoutée Il y a an 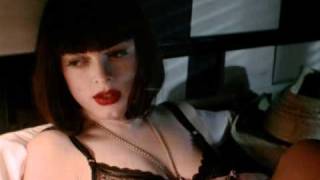 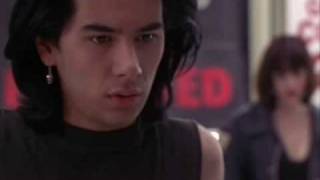 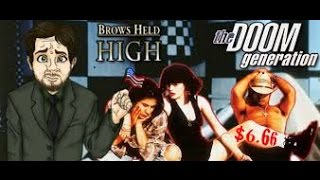 The JD Files:Chapter 1( The Neverending Search)

Massacre - 3 walls From The Doom Generation

Rose McGowan on Sexism in Hollywood & Life After Grindhouse